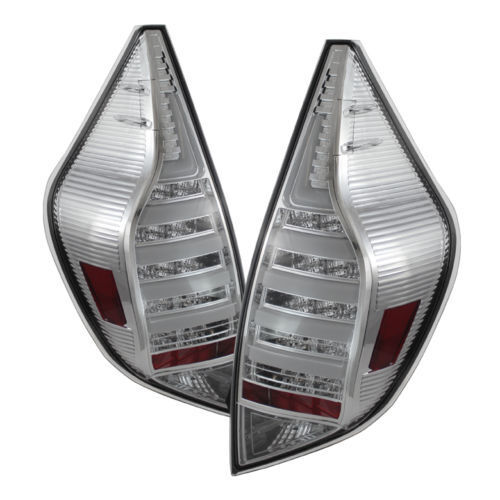 Taillight replacements and upgrades for the Toyota Prius clearly have a practical purpose. Choosing correctly can add a boost to the aesthetics of your Prius. With a little research, you can find the perfect taillights to accentuate the iconic curves of your hybrid vehicle.

What types of taillights are there for the Prius?

While most factory equipped taillights for the contemporary designed Prius C are already set up with LED diodes, other types of lighting equipment can be found. Besides LED, HID or High Energy Discharge bulbs are common in vehicle lighting. LED diodes are rated to last for at least 50,000 hours and HID bulbs are rated to last for about 2,000 hours.

How do you install taillight assemblies for the Toyota Prius?

What are the benefits of smoked taillights for the Prius C?

Prius C owners often upgrade to new taillights just for the benefit of tinting their ride. But what exactly are smoked taillights? This alternate type of stop indicator works just the same as a conventional taillight, but with a twist: smoked taillights make use of a lightly tinted film to make your taillights appear darker on the road.

How do you replace the 3rd brake light in a Toyota Prius C?

It’s easy to replace this brake indicator, also called the center high mount stop light, that is required by law in North America. Follow these easy steps to install a new third brake light and make sure your Toyota Prius C is up to spec.