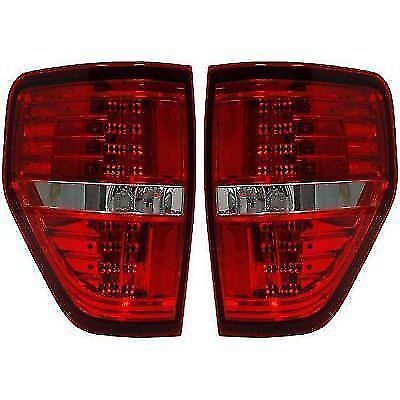 The Pontiac Grand Prix was in production from 1962 through 2002 for the coupe body style and 1988 through 2008 for the sedan body style. Throughout its production period, the style of the Grand Prix varied from luxury style vehicle to family-oriented full-size car. The tail lights operated both as a necessary safe operating equipment and a style statement for the Grand Prix.

What are euro-style tail lights?

The euro style gets its name from vehicles in Europe and the aesthetic that has dominated tail lights there. Hallmarks of the euro style include first and foremost, a clear lens. It may be smoked or tinted a different color, but the lens glass itself is clear and offers an unobstructed view of the interior assembly layout. This look is often associated with luxury vehicles and allows for the different elements of tail lights to be arranged artfully. The rear bezel is also an important style element in euro tail lights with options like black, smoke, and bright chrome available for the Pontiac Grand Prix.

Are there different halogen bulbs available for the Grand Prix?

All halogens have certain aspects in common such as using a filament to create illumination. They are incandescent and consist of the metal housing, filament, and glass. Where they differ for Grand Prix tail lights is the exterior coating on the glass. Different coatings on the bulb impart a different look to the tail light and alter the light output. Halogens create a yellow-tinted light naturally. Some tail light bulbs come coated with a blue tint that counteract the yellow tint to create a brighter white hue. Some bulbs also come with a chrome coating. Unlike the blue coating, which is for utility, this is an aesthetic choice. The illumination is marginally dimmer, but it allows the bulb to blend with the back tail light bezel, creating a custom look for the Pontiac Grand Prix.

What benefits do LEDs have?

What is the purpose of fiber optics in tail lights?

Fiber optics in Pontiac Grand Prix tail lights creates visually attractive, stable, eye-catching patterns, and contribute to increased visibility. The styling options with fiber optics are almost unlimited because the cables are easy to manipulate and form into halos and light bars, both style elements associated with luxury models.