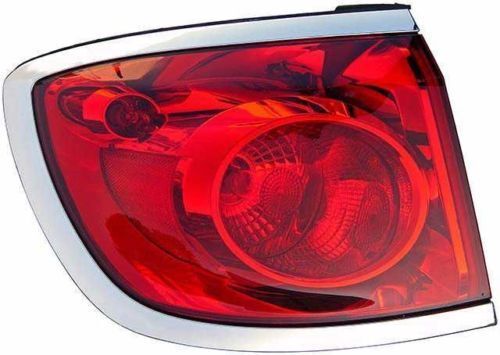 What kinds of Buick Rainier taillights are available?

Though the design and shape of taillight assemblies for the Buick Rainier models vary widely with the year of manufacture, the lighting devices contained behind the assembly lenses are invariably one of two types: incandescent bulbs or light emitting diodes (LED). Incandescent bulbs are considered the gold standard when it comes to taillights and have a rated life expectancy of about 2,000 hours in most cars.

When an electrical current is run through the filament contained within the glass housing of an incandescent bulb, a steady and powerful glow is emitted. LED lights don’t use a filament or glass housing and instead are constructed from a variety of semiconductor materials. Tiny LED diodes are usually arranged in a grid and use a small amount of electricity. LEDs also stay cool after hours of use and are rated to last 50,000 hours. That means you could leave an LED light running for 5.7 years before reaching the statistical burnout window.

How do you replace Buick Rainier taillight assemblies?

What are the benefits of Buick Rainier smoked taillights?

For those who want to differentiate their Rainier from the other vehicles on the road, smoked taillights are the way to go. These innovative taillights make use of a tinted film that’s applied to the inner surface of the taillight lens to provide a stealthy look that’s somewhat darker than your average taillight. However, smoked taillights still produce the same amount of illumination that’s necessary for a safe ride.