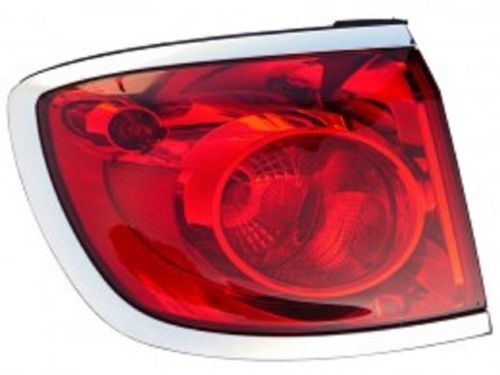 Having a taillight out on your Buick Century sedan is one of those vehicle issues that is easy to notice, but sometimes it’s hard to diagnose. Since there are so many different components to a tail light on a Century model, there are a variety of things that could make your taillight not work properly. Once youre able to figure out which component is causing the issue, replacement is typically a pretty simple task; its also an important task as a burned-out taillight poses a real safety issue for you and other drivers around you.

What are the components of a Buick taillight system?

A Buick Century sedan has a complex system of components that allow the cars taillight to function properly. While they certainly look different, depending on the year of your Buick Century, these are the basic components present on each car.

What parts can be impacted?

Although the lens on your taillight can certainly break and make your vehicle less safe, problems with the lens typically dont result in your taillight not working. If you are experiencing issues with your taillight, its typically either the bulb or the fuse that are the culprit. Fortunately, these are also the components that offer easy replacement.

What Buick taillight parts can you replace?

If youre experiencing issues with any of your taillight components, one option is to purchase a new taillight assembly for your vehicle. This will get you a new lens, socket, and possibly, bulb. This could speed up your repair process because if you put a new assembly in, then youve eliminated two possible issues at once, which narrows your possible trouble down to either the fuse or the wiring harness.

Just remember to purchase the assembly that matches the year of your car. Obviously, one of the more notable changes any time a vehicle is redesigned is the headlight and taillight fixtures. This requires you to match the year you need with the one youre purchasing. This will make it likely that the fixture will fit appropriately.