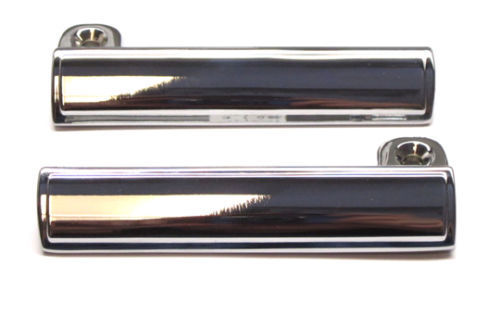 Other Vintage Car and Truck Parts

Restoring trucks is a hobby of increasing interest to many people of all different ages. Vintage cars and trucks can be rebuilt to create a connection between a parent or child, or for other sentimental reasons. Older accessories are more useful to those who seek to restore the factory look as opposed to those who want to make a roadworthy vehicle in a old shell.

What is a vintage truck?

Depending on how much of a truck enthusiast you are, the definition can somewhat vary. For enthusiasts, the definition only fits trucks manufactured between 1919 to 1930. However, in the broader sense, anything before 1975 is usually considered to fit the definition. Anything made before the auto industry boom and the beginning period of mass production fits into the vintage category. A truck that many restorers use is the Ford Model A that was manufactured from 1927 to 1931.

What is original equipment manufacturer?

An original equipment manufacturer (OEM) is any company that sells original parts under a different name or company branding as their own. This is big practice among vehicle users as many of the original companies that made the pieces are no longer in business. It is a way to ensure the quality and strength of parts for vintage cars and trucks without worrying about certain manufacturers or accessories being still available. These parts are extremely helpful to anyone looking to restore trucks without searching far.

What are some common vintage truck parts?

Vintage truck parts are parts that can be used on any truck manufactured between 1919 until 1978. These parts can include anything from a simple radio dial to engine belts. One of the most commonly needed parts are light bulbs.

What type of vehicle is commonly used for vintage parts?

Parts from pickup trucks from the late 1960s and early 1970s are the most commonly used vehicles for restoring other models. Several models of certain cars are also commonly used by car restorers for their parts. Chevrolet and GMC also made modular vehicles with accessories that were interchangeable.

Ford made many modular parts for several models of cars and trucks for many years. The most common Ford that was, and is still used for parts, is the Ford F-100. This Ford truck is highly sought after because of its modular design and relatively easy, interchangeable parts. It is an iconic Ford truck because of its distinct grille shape and mass production.