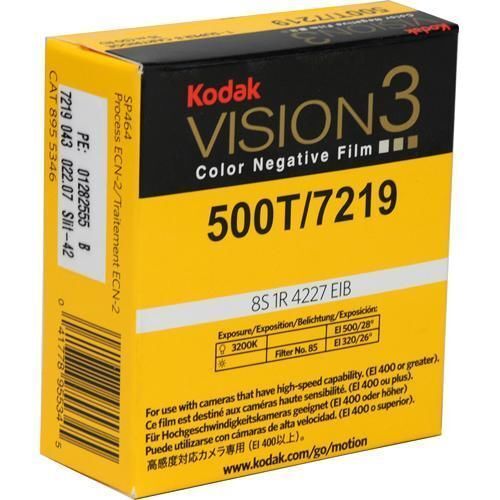 Since the late 1890s, film has been used to record motion pictures. Numerous sizes and lengths have been created over the years, with varying specifications. Kodak 8mm camera film can help you create movies with a retro look.

What is Kodak 8mm film?

8mm was developed by Kodak as an inexpensive option for recording home movies during the Great Depression of the 1930s. 8mm refers to the films width, which is 8mm wide after processing. There are two 8mm formats:

8mm filmstrips look similar to standard 16mm and 35mm movie filmstrips in its physical appearance. It is about half the width of the filmstrip that is used for major motion pictures. Produced in both color and black and white, 8mm footage often has a retro or vintage grainy effect when projected.

How do you use 8mm film?

Load your 8mm film into an 8mm camera that is in working condition. Your device will likely be an antique, and some knowledge about its operation will be necessary. Once loaded, set the aperture and focus your lens. Tweak your lighting to the desired effect and press the record button. After the footage is recorded, it needs to be developed. You can then edit it with a splicer to cut and join filmstrips together. Play your final movie on an 8mm projector.

What kind of camera does 8mm film fit into?

8mm film can only be loaded into 8mm cameras. There are many vintage 8mm cameras still available today from different manufacturers. 8mm/Standard 8/Regular 8/Double 8 will not fit into a Super 8 camera, and vice versa.

What should you know about recording with the 8mm format?

It important to record as much footage as deemed necessary for your final product while being mindful of films permanence. It does not rewind in the way that digital and analog video does. Because it is linear, it is forward moving and cannot be erased in camera.

If wound backward, the newly recorded image will print on top of the previously recorded image, creating a double exposure. While this might be an intentional method in some filmmaking, it will drastically change the look of your movie. Therefore, it is important to have enough on hand to record multiple takes.