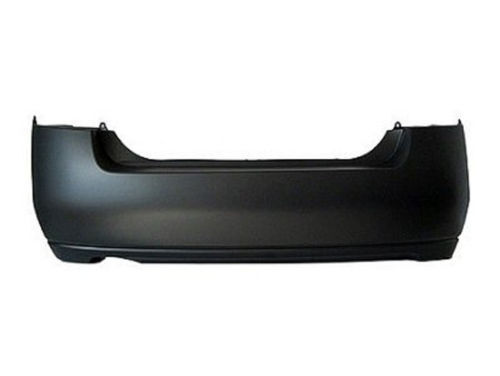 If you get into a minor fender bender, the front or rear bumpers of your Nissan Sentra can minimize the damage to your car. These parts are designed to absorb the impact of low-speed crashes. If your bumper becomes damaged, you can restore your Nissan cars appearance by replacing the full unit or specific components.

What is a Nissan Sentra bumper used for?

The bumpers on the front and rear of a Nissan Sentra are there to protect the body of your car during a low-speed crash. These parts can absorb the shock of an impact, which may reduce damage to the body, engine, and transmission. Because bumpers are designed to blend in with the look of the Nissan CVT sedan, they are an integral part of the vehicles appearance.

Do you have to replace the whole bumper?

A bumper is comprised of several components. Instead of replacing the complete unit for your Sentra, you may be able to just replace some of the parts. Some of its components include:

The bumpers also have cutouts for lights and vents. The bezels, covers, inserts, and grilles for these are replaceable, as well.

What is the difference between front and rear bumpers?

Both front and rear bumpers serve the same purpose for your Nissan Sentra NISMO. However, they are not interchangeable. Sentra bumpers are designed to complement the cars body style. Therefore, the bumpers are molded pieces that specifically fit their positions on the Nissan. When looking for replacement bumpers, take care to purchase the parts that will fit in the correct position on your compact car.

Is model year important for bumpers?

Nissan has been producing Sentras for decades, and the compact sedan has seen many changes during those years. It is important to match a replacement bumper to the model year and trim package of your Sentra, such as SV, SL, or NISMO.