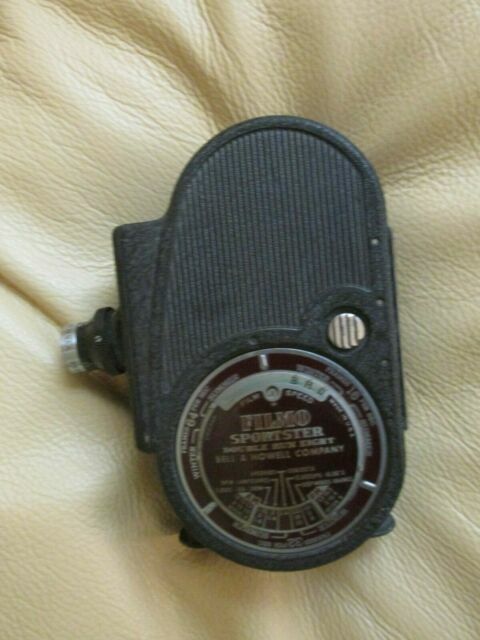 Long before the advent of the smartphone and the digital single-lens reflex camera, film was the only way to record movies. While movies were made using large, 35 mm cameras designed to produce images worthy of the big screen, amateur filmmakers often opted for 8 mm cameras. Bell & Howell produced many 8 mm cameras in the 1940s and 1950s, and these vintage cameras can still be acquired by collectors and filmmakers.

Film gauges, like 8 mm, 16 mm, and 35 mm refer to the width of the strip itself. Strips with larger widths offer enhanced image clarity. As a small traditional gauge, 8 mm film was primarily used for home movies and amateur filmmaking endeavors. This gauge comes in several varieties, and shoppers can find vintage movie cameras that use all of these formats:

What features do vintage movie cameras have?

When shopping for an old-fashioned movie camera, some important features include adjustable zoom lenses and easy-to-grip handles that extend from the bottom of the movie camera. Other items to look for are a side hand crank, internal winding mechanisms, and buttons and switches that control film threading, on/off switches, gauges, and much more.

Who purchases these movie cameras?

There are several reasons to buy an 8mm cameras. Collectors interested in movie memorabilia purchase vintage cameras as display pieces. Super 8 cameras are still used today. They are often used by experimental filmmakers and student filmmakers looking to make video and film in a more old-school fashion.

Because these movie cameras were primarily designed for at-home use, amateur filmmakers often purchased a compatible projector as well. Today, shoppers can find vintage projectors as well as modern projectors designed to optimize viewing of old Super 8 reels.

Content provided for informational purposes only. eBay is not affiliated with or endorsed by Bell & Howell.